The Centers for Disease Control and Prevention just updated its COVID-19 statistics on kids. You can find the full report referenced at the end of this article. But here’s what the agency found. 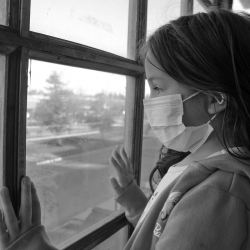 Let’s state with the recognized limitations.

So not wholly accurate, but certainly within the ballpark.

While COVID-19 is less symptomatic and severe in this age group, the risk factors identified for adults hold for children. “…persons from racial and ethnic minority groups are overrepresented.” This is due to potentially enhanced transmission from household members as well as the associated disparities in access to healthcare. Children, despite the seemingly benign course of the disease, may develop life-threatening complications and require careful monitoring.